The Four Prisoners or slaves, as they are called, are massive sculptures in various phases of completion. Intended for the tomb of Pope Julius II, Michelangelo was commissioned in 1505 and began the work. Before it was completed, the project was defunded. 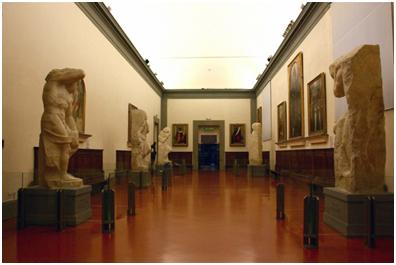 [Photo from Academia Gallery in Florence]

Some argue that he intentionally didn’t complete them. The Academia’s website says: “As we see them, in various stages of completion, they evoke the enormous strength of the creative concept as they try to free themselves from the bonds and physical weight of the marble. It is now claimed that the artist deliberately left them incomplete to represent this eternal struggle of human beings to free themselves from their material trappings.”

The statutes as a group speak so deeply to me. In some ways they speak of the desperate plight of life without Christ, as the quote above says – “they try to free themselves” and the “eternal struggle of human beings to free themselves from their material trappings”, but they also speak of the promise of freedom by the only one who can set the captives free. 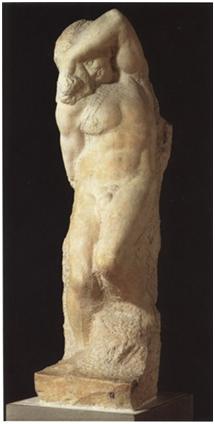 The first prisoner, the youthful slave shows his arm covering his face, as though to hide his shame and despair; 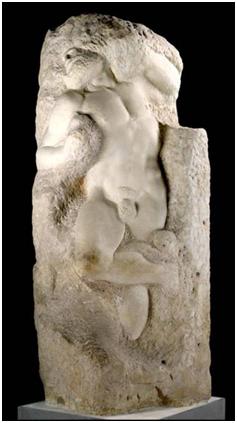 The Awakening Slave appears to be deeply experiencing the bondage and seems to be writhing and straining to get free from the bondage that holds him captive; 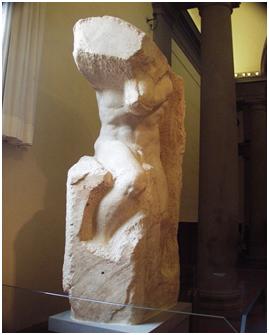 The Bound Slave upholds a huge weight over his body and his head has not yet emerged from the stone. He is experiencing a great struggle to emerge. He seems to be carrying the weight of the world on his shoulders! 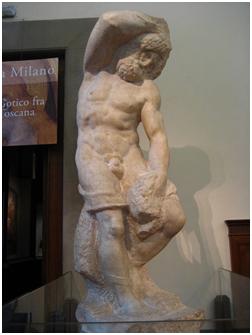 Finally, The Bearded Slave appears to be the most finished, the farthest along in his journey toward completion, the most mature, if you will. But still caught – still unfinished.

Do you see the parallels? It is only the Hand of the Creator who can complete the work of freeing the slaves from their prisons. And that includes you. And me. Isaiah 61:1-2 which contains part of Jesus’ job description says:

The Spirit of the Sovereign Lord is on me,
because the Lord has anointed me
to proclaim good news to the poor.
He has sent me to bind up the brokenhearted,
to proclaim freedom for the captives
and release from darkness for the prisoners… (NIV)

I want to leave you with this amazing promise out of Philippians 1:6: “For I am confident of this very thing, that He who began a good work in you will perfect it until the day of Christ Jesus.” (NASB)

Also, John-dear and I would appreciate your thoughts on, how are we doing? Are you seeing Him show up in your life? Do you have any suggestions for articles that you’d like to see?