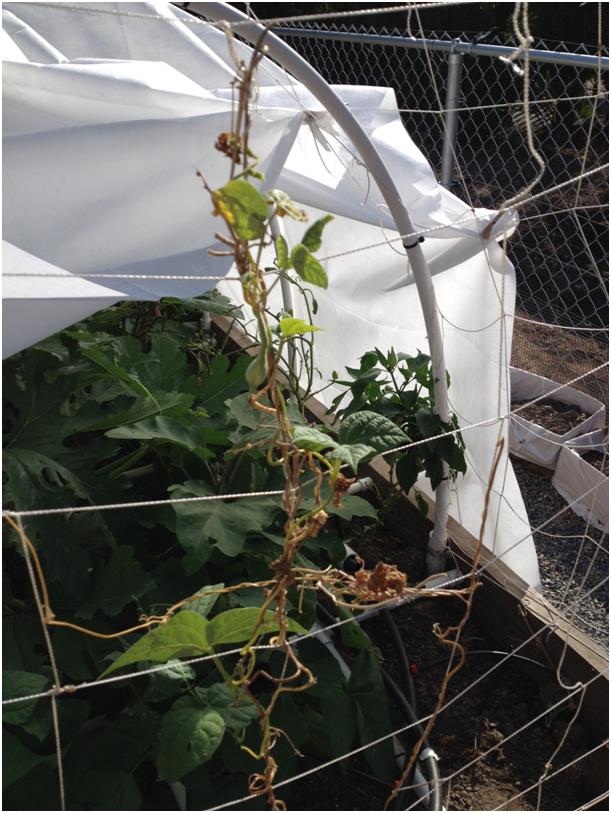 Gardening has come to me late – but through pursuing it, I have experienced a whole new series of God-sightings. I was recently down in the garden checking on some new seeds and plants I put in a few weeks ago. It’s late for summer 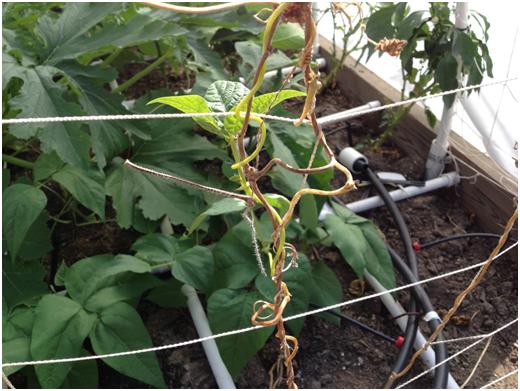 gardening, but hey, So Cal and all that stuff! My prior batch of beans birthed from seeds didn’t do much. Out of the 15 or so planted in early summer, one lone bean plant came up and latched on to the trellis.

The bean plant looked pretty sick throughout the whole of its short journey. But it seemed to have a perseverance and a tenaciousness that appealed to me. (I love over-comers!) The plant slowly climbed the trellis, giving off an occasional bean or two – never enough to really call a ‘harvest’. I picked it and threw it in with other veggies I was serving. We never got to enjoy a full plate of green beans from the garden this summer. Hardly enough for a taste! (John-dear was happy – it is his most disliked vegetable)

But just recently, I got a glimpse of its whole reason for bean (pun intended). While checking on the new plants, I noticed that one enterprising young bean plant somehow connected with the weak one and began to climb up its back, following the same path toward the sun. As I noticed the phenomena taking place, I was struck by the spiritual lessons I was seeing.

While I guess I could have chosen to see it as an opportunistic hanger-oner, I saw it differently. As I’m growing older, I’m inevitably thinking about passing the baton. And I saw myself and others of us, forging a path to help the younger generation get to the Light. Sometimes we look at our lives (now AND then) and buy in to the lie that we have no value, no gifts nothing to pass on or give back. Lies, all lies! In a quote from my book The Call to Follow Jesus: Studies in the Gospel of Mark, I reminded myself and others that, “We were bought with a price and were not born for ourselves, but to learn, understand, observe, absorb and follow so that we too might become dispensers of Truth by using our life stories, gifts and talents for His glory.” You don’t have to be a ‘spiritual giant’ to give someone a boost. It doesn’t matter the state of your health, wealth or emotional strength. What matters is that you are available to speak His encouragement to whoever He brings in to your path.

What lessons do you see? I hope you’ll respond with your thoughts so we all can see Him in a deeper and more meaningful way. Next week – maybe- The Bean That Went Awry. (John-dear wants me to call it, What Could Have Bean: A Life That Went Awry). Ok. His is better. 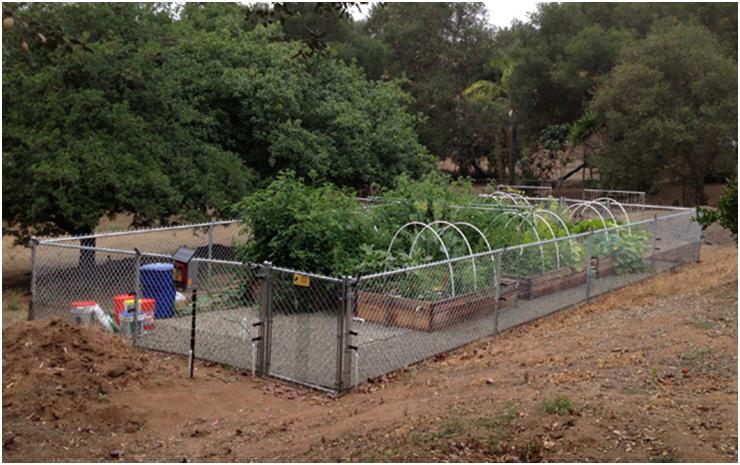 I have been taken captive by dirt devils. Recently I found myself sitting at my desk on the edge of my seat waiting for an elusive phone call from the dirt man. Last year we built and planted a garden for our own health and to help struggling friends and family. It took John, myself and our helper Tomas six months to build it. We put a fence around it to keep out unrelenting critters and filled the beds with (what we thought was) dirt purchased from a local landscape company. We hired help to get the dirt from our driveway half way down our acre of property where the garden was situated. Afterwards, we hooked up the drip system and I planted over 100 plants. Then, we went on a trip – an amazing conference at Mount Hermon where God spoke mightily to both John and me. But we were both on the edge of losing all that we gained…waiting for the dirt man to call.

When we returned, it was to find our new garden yellow, failing and rotting out. Horrified, I called the dirt company whose staff gave me mixed information. One told me that they delivered “sod mix”; another said we ordered “a compost mix”; we wrote down that we ordered “planter mix”. An expert we spoke with said, “Sounds like they gave you all compost – no dirt. Nothing will grow in that.” Ouch! So where was the miracle, the hope, the extraordinary in this disaster?

The miracle in many ways, was my response to the situation. With every day that passed and he didn’t call, the inner lawyer in me was gearing up – ready to buy back the garden with man’s weapons of war. I was ready to persuade, bully, get soils tests, hire experts and any number of stress-laden ideas to get things done right. Instead, one morning I went out to the dying wasteland of a garden and poured out my heart to God. Life began in a garden and I figured this one was His too. I offered up praise and thanksgiving that we even had a garden; I prayed for the dirt man and his company to thrive; I asked God to give him mercy and favor over us and what we were trying to do; I gave God back the garden and promised to share whatever bounty came from it. I left the garden with a bit more peace than I had when I began, but still no plan.

A few days later the man called and offered to come out and take a look! When he arrived, he looked over the situation and said, “It’s compost.” Then I heard the most grace-filled words I never expected to hear: “We made a mistake. We’ll fix it. I’ll have new dirt delivered and have couple of my guys 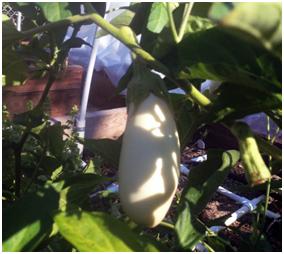 come out and replace it. Will that do it for you?”

By sharing this story, I’m not saying things are always so easy to fix. It could have turned out very differently and I would have had to make some difficult decisions. But in this instance, I saw God’s Hand over our lives in ways my faith wasn’t strong enough to believe for. It wasn’t all up to me and my plan. And I learned that by using God’s weapons of war (praise, the Word, thanksgiving, blessing, surrender), He is glorified and my faith is increased.

We’ll be sharing more of God’s Weapons of War in the blog. Consider joining our blog by subscribing [on the right column], would you?